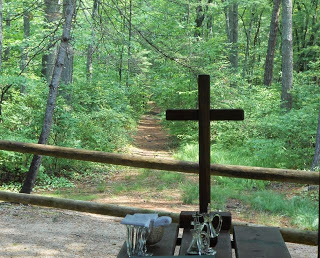 Our COVID planning team meets this afternoon (Thursday), so I have nothing to report from our meeting yet. But given the rise in positive cases across much of the US, I wonder if you are feeling differently about gathering for an outdoor Eucharist. We are fortunate to live in New England where the cases, so far at least, are decreasing or remaining flat. On Sunday there will be two poll questions I’d like for you to consider:

1.    Does the increase in cases in other parts of the country impact your thinking on attending an outdoor Eucharist.

2.    Are you happy with our Sunday service as it is, or would you like to have Morning Prayer some or all of the time?

The second question comes from the fact that the Bishop’s services are now Morning Prayer instead of the Liturgy of the Word that we use and that he was using until recently. We will worship with the Bishop again on July 19 when I am on vacation.

Here is a link to a reflection published by the Rt. Rev. Thomas Breidenthal, Bishop of Southern Ohio. He was my Ethics Professor and advisor while I was in seminary, so I follow him on social media, and thought this was worth sharing. It’s titled “A reflection regarding our fast from the Eucharist,” and speaks to me of one aspect of why our online worship experience continues to be meaningful. It’s about a four minute read, according to the internet. Happy reading, and I look forward to seeing you on Sunday!

SUNDAY MORNING WORSHIP
July 5, 2020
JOIN US FOR WORSHIP AT 9:00 AM
via Zoom (see email for Zoom information)
or Facebook at https://www.facebook.com/standrewsinthevalleytamworth/ 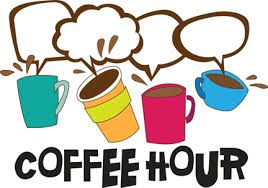 The Fifth Sunday after Pentecost

Collect of the Day

O God, you have taught us to keep all your commandments by loving you and our neighbor: Grant us the grace of your Holy Spirit, that we may be devoted to you with our whole heart, and united to one another with pure affection; through Jesus Christ our Lord, who lives and reigns with you and the Holy Spirit, one God, for ever and ever. Amen.

Our Hebrew Bible story is about the arranged marriage between Isaac and his kinswoman Rebekah. Abraham sent his trusted servant to his kinfolk in Haran, as he did not want to select a bride for his son from the Canaanites among whom he dwelt.  The providential hand of God is seen in the prosecution and success of this venture.

In this psalm for a royal wedding the queen is instructed to leave ancestry behind in preference to loyalty for her king, to whom she goes in procession.

In this lesson Paul continues to wrestle with the question of the role of the law.  Although the law is good in principle, without God’s saving act in Jesus, it only produces more sinfulness.  Paul feels two strong and opposing tendencies within his being.  Without the new relationship of faith through Jesus, the regulations of the law only cause the tendency to break the law to grow stronger.  Paul speaks of this as a tendency of his flesh, by which he means all within him that does not seek faithful obedience to God.

In our gospel lesson Jesus compares his generation to capricious children, equally displeased by the austere message of John the Baptist and the inviting message of Jesus.  Yet God’s wisdom will prevail.  Jesus bids all to come and find that the yoke of his teaching is easy to bear.  The disclosure of the divine will come as God’s gracious gift, not through human knowledge.  Especially intimate is the relationship between the Lord of all life and Jesus–that of the Father and Son.  Although he is the Son, Jesus is humble of heart and gentle. 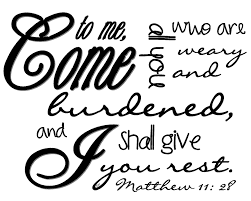 Click below to see the readings:
LECTIONARY PAGE
PRAYERS FOR EACH OTHER
One thing we can always do while we stay at home is to pray for each other! We would like to keep our prayer list up to date and publish it each week in the Thursday Memo. Please email Deb at office@standrewsinthevalley.org with any updates. 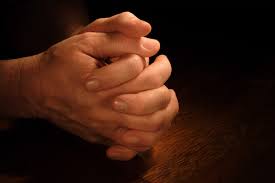 For all those who are on the front lines serving communities during these difficult times.
For those who have died: Shirley Boldt, Mother of Chris Boldt.
SAFE CHURCH
If you are up for Safe Church Renewal
you must do your renewal modules on Armatus
then sign up for meetings online.
The next Safe Church Zoom call is scheduled for
Go to https://www.nhepiscopal.org/safe-church
and scroll down the page until you see dates to register.
If you have questions, please contact Safe Church Minister, Marty Cloran.
DINNER BELL

Here is a slightly different form of the Prayer for Spiritual Communion. Thanks to Ann Cady for forwarding it from her church in CT, St. David’s, Gales Ferry. 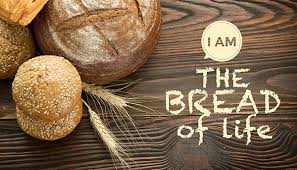 Lord Jesus, we cannot now worship you at the altar of the church in the Sacrament of your Body and Blood, yet in spirit we join ourselves with all those who in your Holy Church offer you the sacrifice of praise and thanksgiving. Visit me, I pray, with your mercy, pardon, and blessing, and fill me with faith, love, and repentance. Strengthen and sustain me by your grace, that I may follow you with a pure heart and mind. Now and for ever. Amen.

~ Adapted from the spiritual communion prayer by the Rev. Christopher L. Webber

BIRTHDAYS & ANNIVERSARIES
If you do not see your birthday or anniversary listed, please make sure Deb in the office has an information sheet on file for you.
Birthdays
1   Lisa Thompson
17  Vic DeGroot
18  Davis Dassori
21  Jennifer Brady
28  Marge Hagerup
30  Jim Theodore
Anniversaries
2  Ann Cady & Rob Walty
16  Todd & Jane Horn
31  Carla & Jack Knapp
PHOTO GALLERY- Breathing "Outside"
Share your "BREATHING OUTSIDE"
photos and I will post each week!
send to office@standrewsinthevalley.org
From Tina Quinn
Eight Spotted Forester Moth resting on Dianthus
in Tina's garden 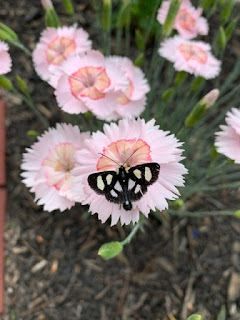 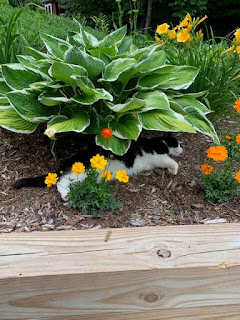